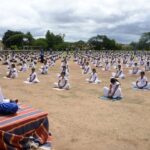 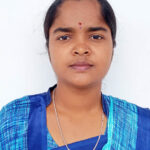 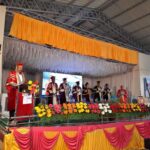 The article is based on the Auto-biography of Raghavendra swamiji, ‘Jolige pawada’. This book is available at Anatha sevashrama, Malladihalli. People can avail the book, by sending the money order or D/D to the Ashram. The author visited the Ashram, recently, and had discussion with his old collegues, and purchased the book, “Joligeya Pawada, ” This Autobiography was published in 1993, by Sri . Sri. Raghavendra Swamiji, when he was alive.

Malladihalli Raghavendra swamiji, was a profound, Yogacharya, and Ayurveda ratna, who gave life to thousands of patients who came to him. His yoga demonstrations were well cited in the ‘Internet blogs,’ of his devotees who are running Yoga centers in Malaysia, USA, Australia, and England. Some of them, have settled in Bengaluru, Maisuru, and other cities of our country. Swamiji, was a scholar, in Kannada literature, studied Sanskrit, and knew Hindi, Konkani, English, and Tulu languages. “Brihad Yogadarshana” Is the reference book, on all aspects of Yoga, for the promising students of Yoga. This book deals all the fundamental aspects of Yoga, including ‘Angamardana kriya,’ as well ! He was an excellent organizer, prolific Speaker, Writer, Actor, and Singer. More than any thing, he was a great human being! He loved the poor, oppressed and downtrodden, and spent his entire life in the upliftment of their lives. Gandhiji’s teachings had a great influence on him.

Raghavendra Swamiji was not like the other Swamijis who belong to a particular sect or group. His universal message of Service and love for the entire mankind, has become self evident. SWamiji was born like that and practiced the same till his end. He was a self made man, who brought the divine bliss to an obscure village, called Malladihalli- which was unknown to some of the people of Karnataka even. The sleepy hamlet , had the major share of Devanga community, and next in the order is Kurubas- a farming community, and the rest are Dalits, Muslims and others.
Kumara swami, as he was named by his parents, Shri. Anantha padmanabha nambudari, and his wife Padmambal, born in the state of Kerala, during 1891. The baby boy, was terribly sick, suffering from “Balagraha pide “and was unable to cry or smile, and recognize his own parents, Leave alone Nambudaris, he was not responding to any one. He was like a piece of flesh, just opening and closing his eye- lids occasionally. Nambudaris were old., they were not keeping good health either. They approached all Ayurvedic pandits and Yogis for help. English medicines were unknown then ; even the medical science had not developed. But nothing helped them. Mother was very much disturbed with the child and went to several Gods and Goddesses, to get the ‘Anugraha’. Finally some one, suggested that, ‘Devi Mukambika’ is the goddess of ‘wakshakti’ , and hence to go to her mercy.

The temple was far away at Kolluru. Although it was a few hundred kilometers away, there were no buses or motorcars then. There were no roads, and one has to walk all the distance amidst jungles, rivers, and some times wild beasts. Nambudaries determined to visit Kollur. They took their 14 year old son, in their arms, and back and travelled all the way by bullock carts, and most of the times by walk. Finally, they landed at a place called ‘Barakur’. It was already night, and they sought the shelter in a house of a Brahmin. His name was Sri. Narasimhaiah, a Gamaki, Scholar, and a Yakshagana specialist; and his wife Smt. Puthalibai ; both were very ‘satvik’ people, and offered a place in the corner of their coconut garden.

Nambudari, was an Astrologer, a Priest, and a great scholar of Sanskrit. He was advising the village folks, and helping in their Ceremonies, rituals, pujas etc; in the process he was getting some money as ‘dakshina.’

Once, the acting Swamiji of ‘Mantralayam math’, then, came to the village of ‘Barakur’ and had his camp, in the sourrounding villages. Padmambal, was very keen to meet Swamiji in connection of her child, Kumaraswami, and get the blessings from the seer. Manthralayam Swamiji, saw the boy , and blessed the child, with ‘Mantrakshate’. He said that, all the ailments would be cured by the grace of God, and he would be a great man one day, and would help to uplift the lives of poor and needy.

Swamiji from Mantralayam , christened him as Raghavendra. These words some how made Padmabal , immensely happy; with out her senses, she was repeating the lines that Guruji said, ‘My son will become a great person one day, and will help the poor and the needy’ ! She was suffering from body pain, and temperature was rising on her forehead. She died leaving her beloved child, on the lap of her husband.

Ananth Padmanabha Nambudari, was bewildered. How to look after this grown up child ?Kumara svami was already 15 years old, then. Nambudari begged Narasimhaiah, and wife Puthalibai, to help him to take care of his child. But they had their own children .How to take care of a boy , who is so sick and not able to look after himself. One scholarly person from Bhirthi, Pandit Ramachandrashastry advised Puthali bai, to take care of the orphan child. He advised Puthalibai, that a mother -less child needs a special care and only she could give that care. Since his words carried highest reverence, in their family, he convinced the couple to take care of the motherless child. The monetary help would be provided by him, and as well as by Nambudari. Puthalibai, sincerely followed the words of her guru, and adopted Kumaraswamy as her own child. That day was the auspicious Ugadi, day, in 1906.

This was the greatest turning point in the life of Kumumaraswami. Nambudari, could not stay there, he offered money all that he had, to the couple and left for Himalayas to meditate and spend rest of his life there. Some how, it was proved right. The boy started watching at the faces of the people whoever comes in contact; lips started moving a little, and there was a significant improvement in taking food. This metamorphosis happened all of a sudden, like a miracle. No one believed, including Narasimhaiah and Putlibai. Raghavendra, started walking like other boys in the neighborhood, and practically he was one among them.

All the schooling up to matriculation, was given at kundapur. He had some very good teachers like Sri. Shivaramaiah, who initiated him to study kannada literature, and provided him all the books of great of kannada lieterature.

Raghavendra was very studious, in his studies, he was very good in acting, singing and speaking on the stage. Above all, he was conducting himself with the elders, and friends, made everybody spell bound. The exemplary character he possessed. Every one wanted to talk to him and help in whatever way they can.

One Swamiji called Nityananda, came to his house. Narasimhaiah was a great devotee and had immense reverence for swamiji. When he comes to Barakur, Swamiji was always residing at the house of Narasimphaiah. Bhajan, kirtan and pravachans were being conducted for a week period. During the period Ragahava, helped swamiji in his pooja, and other things. Swamiji had great love and affection towards Raghava and wanted to offer him “Ramataraka mantra” and did so, on the last day.
Raghava became very emotional, and completely aloof from the worldly events. His Metriculation exams were fast approaching, but he never bothered. He wanted to witness God, and have the blessing of the almighty ! The quest for realizing God in his mind, enhanced and he some how could not overcome it. His search for realising God, he went to several seers; one of them was Siddharudswamiji, of Hubli. ” ಅಲೆಲೆಲೆ ! ಯಾರಲೇ ನೀನು ? ದೇವರನ್ನು ತೋರಿಸಬೇಕೆನೋ..ಹಡಬಿಟ್ಟಿಗಂಟೇನೋ ಅದು,ಕೇಳಿದೋರಿಗೆಲ್ಲಾ ತೋರ್ಸೋಕೆ….ದುಡುಕೊಂಡು ನೋಡಲೇ ನಿಂಗೆ ದಮ್ಮಿದ್ರೆ…ಹೋಗಲೇ …ಹೋಗೋ -ಅಲ್ಲಿ ಪ್ರವಚನ ಆಗ್ತೈತಿ, ಕುಂತ್ಗೊಂಡ್ ಕೇಳೋ..” ಎಂದು ಒರಟೊರಟಾಗಿ ಗದರಿಕೊಂಡರು. But he could not give a convincing reply. Raghav was very much upset.

His Kannada teacher, Shri Shivaramaiah came in rescue of him; he told Raghava, to complete Metric exam, and afterwards any thing could be done. After the exam,Raghava started exploring the world, and started learning Yoga, Ayurveda vidya and Muscle building with Palani swamiji . He was sent to Baroda, for learing Ayurveda and Vyayama at ‘Jumma dada Vyayam shala’. Professor Manek rao, was the Guru there. Aafter successfully completing the course, he was granted B.Pc ; degree in the presence of Baba Guru Lakshmanadas, of ‘Kaivalyashram’, Lahore. All these career developments were done with the help of Swami Shivananda.

He was very much satisfied with his performance of Raghavendra. He felt the time has come to bless him, and hand over Raghavendra to the betterment of the mankind. First step was, to Inaugurate’ Maruthi Vyayamshala’ at Bhatkal, in Karnataka. Swamy Shivananda,declared that Raghava is perfectly fit to make Rashtraseva and blessed him to visit all the villages in Karnataka and give his devine knowledge of Yoga and the Ayurveda to the needy people.

Raghava, was looking very muscular and youthful; every one was pleased to see him ,with so much of vigour and healthy body ; and his humility was exemplary. This aspect was loved by all his Gurus. He visited nearly 45- 50 villages in and around karnataka. His Yoga camps were arranged for a week at the most. Then the place called Malladihalli , came on the way, which became a place of his ‘karmabhumi’ for a period almost 50 years, (he came in the year 1943) the rest of his life! Initially as per his schedule he will select a village and as per the first come fist serve basis, and after one week he would proceed for a next village. But after one saptah, the villagers were not ready to part with him. Now a sage called , Shankaralinga bhagavansaraswathy came to negotiate. He advised Raghava to stay some time and do the upliftment of the poor and needy in the village of Malladihalli. This village, resembled the replica of a backward village of India, where much more, improvements were needed. Some now Raghava was here to do it.
During his stay of nearly 50 years to his death he did lots of work to uplift the poor and the villagers of Malladihalli. High schools, Colleges, Ayurvedic colleges, Hospital, Hostels for Students and as well as Teachers ,Library, ‘Sarvodaya Printing press’, Vyayam shala, Banashankari Temple, ‘Parappa swamy math ’ ‘Palani Svami math’, ‘Vyasa pith’.

In yoga, they have subdivided into 8 branches. They are:

In Ayurveda , there are 8 branches; This is known as Astanga Ayurveda.

During (Shravana masa) while observing penance, (Mauna vrata) one month, he was writing volumes of books dealing with Ayurveda, Yoga, Kannada literature, Drama, Prose, Poetry, and Novels. Raghavendra svamiji had profound knowledge in kannada literature, Sanskrit, Hindi and English. He knew Tulu, Konkani also; while traveling he learnt many languages. He was able to create so much in Kannada literature. Total books that he has written so far amounts to 8 Kavyas, 9 Novels, 12 Dramas, 2 Gita Nataka, 7 One act plays, 1 Basava sahitya, 3 Collection of stories, 5, Vyayama, 2 Others, ‘Bruhad Yogadarshana’ is a monumental work on Yoga- Svamiji’s practical experiences are elucidated there.